Finding Balance: Mura Gadi is the title of a forthcoming exhibition at the Belconnen Art Centre in 2013.

A series of walks in national parks in the Australian Capital Territory and southern New South Wales is the source material for a new body of work by Tracey M Benson, which explores the idea of finding a place of connection in an environment far from a familiar notion of home.

The traditional owners of the ACT region of Australia are the Ngunnawal people, with the Yuin closer to the coast, the Ngarigo to the south east of Canberra, Wiradjuri to the west of the ACT and Gundungurra to the north.

‘Mura Gadi’  translates from  the Ngunnawal language as ‘pathways for searching’. 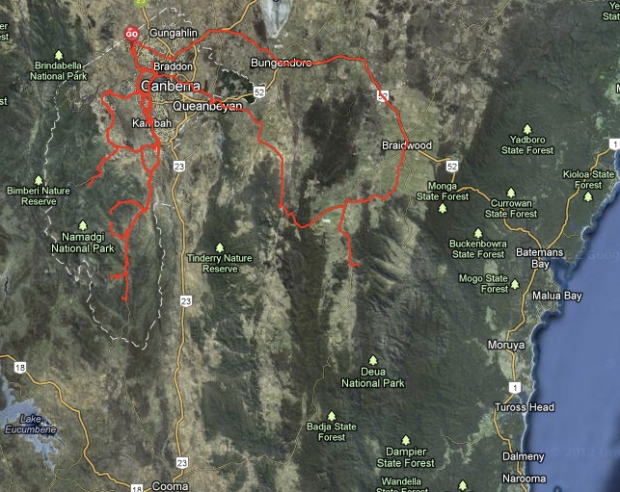 Benson has lived in the ACT for more than a decade but on many levels has not really settled into the Canberra community, despite enjoying the location, people and natural environment. Why after so long did she still feel like a stranger? Was it because the ACT is landlocked? The ocean has always been a place of healing, growth and renewal, a place sorely missed. Was it because it was cold? It seemed to get harder to manage the long winter with every year that passed. Was it because many friends and family lived so far away? So, why did they stay? 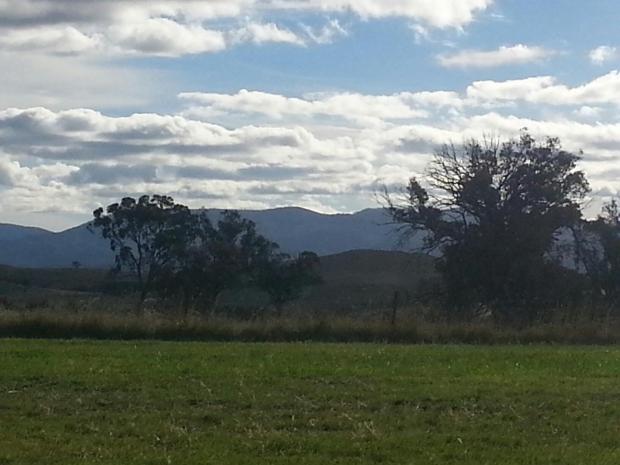 In 2008, the family moved the edge of suburbia in the north west of Canberra, where parts of the suburb are even labelled as ‘rural’. One of the big attractors for living in this area was the views of the surrounding mountains, in particular, the Brindabella’s. Every day, the drive to and from work was made more bearable by being able to take in the ever changing beauty of this mountainous landscape. Like the ocean, the mountains were always changing, the clouds and light playing on the terrain, providing the eyes a welcome relief from staring at screens. Was this different beauty part of the reason why they remained in this landlocked municipality? Perhaps too, it was the house, with many places to escape and the beautiful private garden and it’s demands. 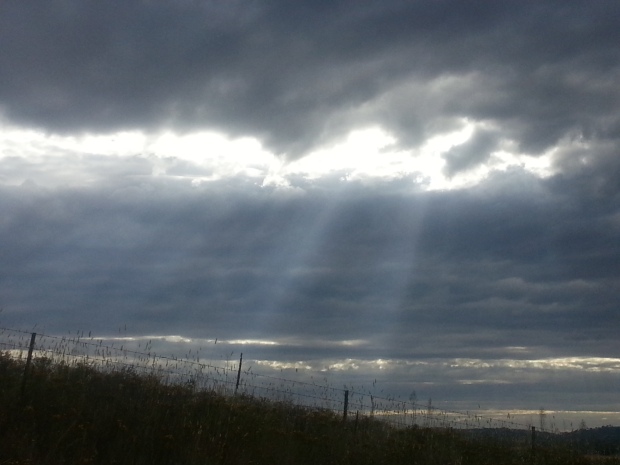 Just before the mountains were hiding

In 2012, to relax and escape the house, Tracey and  geokult collaborator and husband Martin Drury started to explore the region around Canberra, taking drives and bushwalking many weekends. Marty took the lead, as he has much experience in bushwalking in this mountainous landscape , having spent many years in the region, growing up in the ACT.

As part of her research interest in locative media technologies, Tracey started to collect photos, GPS tracks and audio tracks of their adventures by documenting the journeys on her smart phone, which is the source material for the exhibition.

This work ties in with some of my thinking about potentiality, reflected in the themes of SCANZ2013 , it is about being more mindful of the everyday and seeking to learn more about the landscape I am part of.

You can check out blog posts about the walks:

Tune in to the geokult.com in 2013 for exhibition updates.