This weekend I am heading to Shepparton to participate in a six week secondment through work, brokered through Jawun (www.jawun.org).

I am really excited and humbled by the opportunity that my work has given me to participate and work with Aboriginal people and organisations in Shepparton. I will be seconded to the Yorta Yorta Nation Aboriginal Corporation, helping them to scope an Intranet (internal communications solution) and to develop a social media engagement strategy. The project brief is well aligned with my skills and experience in government and community organisations and I hope that I will be able to contribute something useful to these initiatives.

During my stay in Shepparton, I am also planning to develop a series of art work about the region, as it is a landscape of flood plains, very different from the alpine environments I am more familiar with in Canberra. I am also keen to learn some words in Yorta Yorta if possible.

Language has become increasingly important as an avenue of exploration in my creative practice. I do believe that to understand a culture, you need to understand the language. This is a huge challenge in Australia as there are so many Indigenous languages. For example, I would love to see if there are similar words that are in common between Yorta Yorta, Wiradjuri and Ngunnawal languages.

Over the last few months and as part of the Finding Balance: Mura Gadi project, I have been doing a lot of reading about the Ngunnawal and Wiradjuri people and lands. Wiradjuri country borders Yorta Yorta country, so I am really keen to learn as much as possible about culture and language.

Here is a map of the Aboriginal Language groups in NSW/Northern Vic from NSW Aboriginal Housing Office: 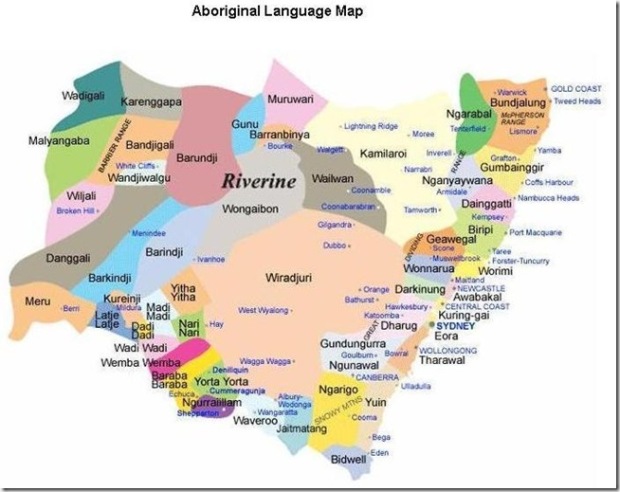 Although it is a very exciting venture, I will miss home and my lovely men a lot, all three of them – my son, my hubby and my cat!

One thought on “Yorta Yorta country”