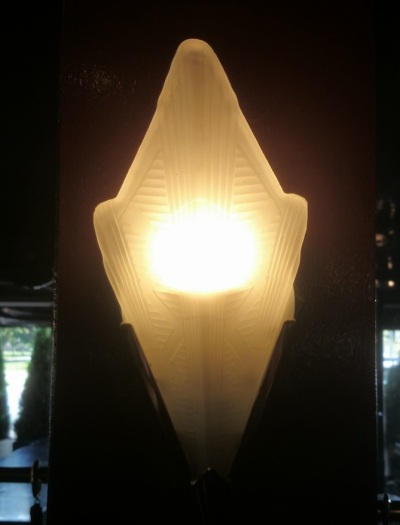 When we first arrived in Canberra in 2001, we lived in a tiny apartment in the infamous Brigalow Court in O’Connor. The rent was cheap, it was close to the school, the university and located opposite the Lyneham shops.

In those early days, I would often meet a friend for coffee at the cafe across the road, Tilley’s Devine Cafe Gallery, affectionately known as Tilley’s. I learnt very quickly that this cafe had a rich history as an identity as a local music and social venue.

Tilley’s has a special history for Canberra women as well, as when it initially opened men were only welcome if they were in the company of women. 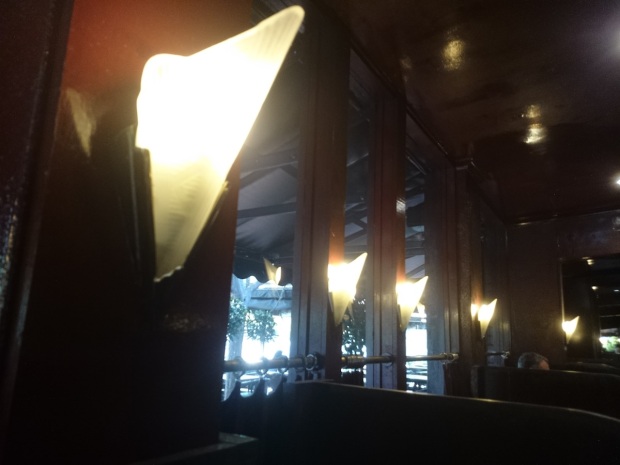 Sally Pryor, in 2003 wrote about Tilley’s in the Canberra Times:

With elegant, dark wood fittings, a moody, deep red colour scheme, and soft jazz wafting between the old-fashioned booths lining the walls, there is some things essentially nostalgic and cinematic about Tilley’s romantic atmosphere, reminiscent of a Hollywood film noir. Its timeless in a way that’s hard to emulate in a youngish, fickle town like Canberra, where high turnover of night spots seem inevitably dictated by the relative hip-factor of the decor, the DJ and the cocktail menu.

Over the years we have had some special times at Tilley’s, for example, we celebrated our son’s 21st luncheon there, which was a lovely day. Another fond memory is of  the cold winter’s day we were very privileged to see Martha Davis from The Motels rehearsing for the evening concert. I remember being quite star struck as well as feeling incredibly lucky to see one of my rock heroes in such an intimate setting. When I asked the waitress if we should go (as we hadn’t paid to watch), I remember her smiling and telling us to relax and enjoy our hot chocolates. Our son was only 8 at the time and he wondered what the fuss was about. For me, memories of playing “Take the ‘L’ out of lover” on the record player in my bedroom came flooding back. At the time, The Motels were one of my favourite bands, so to sit in the booth, all nice and snug watching  Martha was really special. 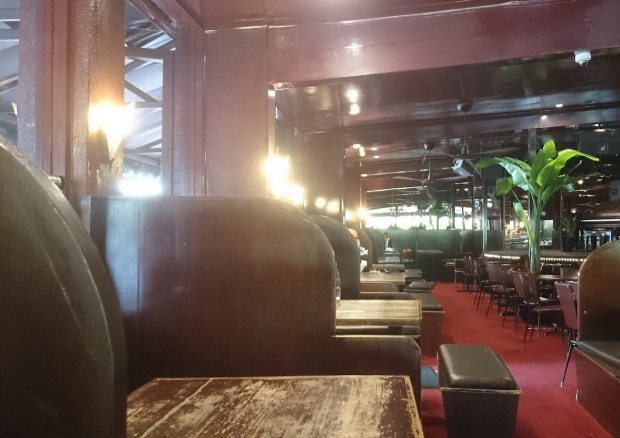 Today, after a gorgeous morning getting pummeled at the foot&thai, we wandered over to Lyneham for a delicious lunch at TIlley’s. It is a cafe style menu, with generous servings and some nice options. The Mushroom Bruschetta was delicious, my husband really enjoyed the Fish and Chips and the Portuguese Chicken Burger was a winner with the 21 y/o.

Tilley’s has not changed much over the years, and Sally’s description of the decor and music in 2003 still holds true. This is a rare thing in a town where re-branding cafes is almost a yearly occurrence, thanks to some bad advice going around from some marketing ‘guru’. Also what hasn’t changed is the quality of the coffee, they certainly know the difference between a latte and a cappuccino – it is surprising the number of cafes in Canberra that don’t know how to make a decent coffee. So after a morning of self indulgence and spoiling, we are off to a great start for the Easter long weekend.
Phone for reservations and information
Reservations available for breakfast, lunch and dinner, 7 days a week.
+61 2 6247 7753

← Aspects of the Anangu Lifestyle
The Magic of Mudbrick →