As promised here is another place I love in the old city of Istanbul – the Grand Bazaar. 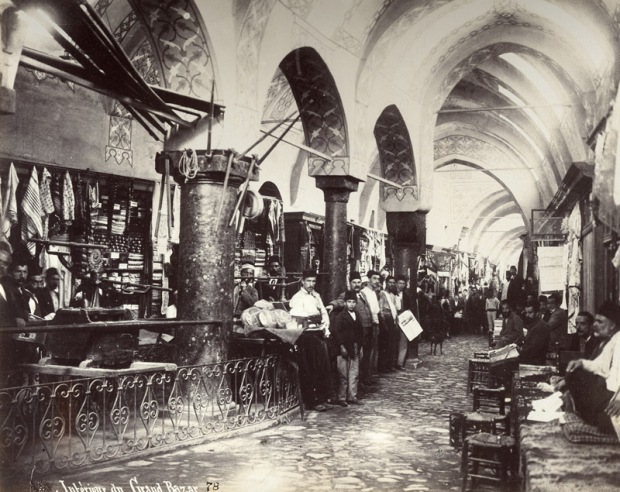 The interior of the Grand Bazaar in the 1890s, by Ottoman photographer Sébah.

I love this place because it symbolises the essence of Istanbul: bright, colourful, noisy, confusing and utterly seductive. It is a place that is rich in history and beauty, plus having the honour of being the oldest and one of the most visited bazaars in the world. 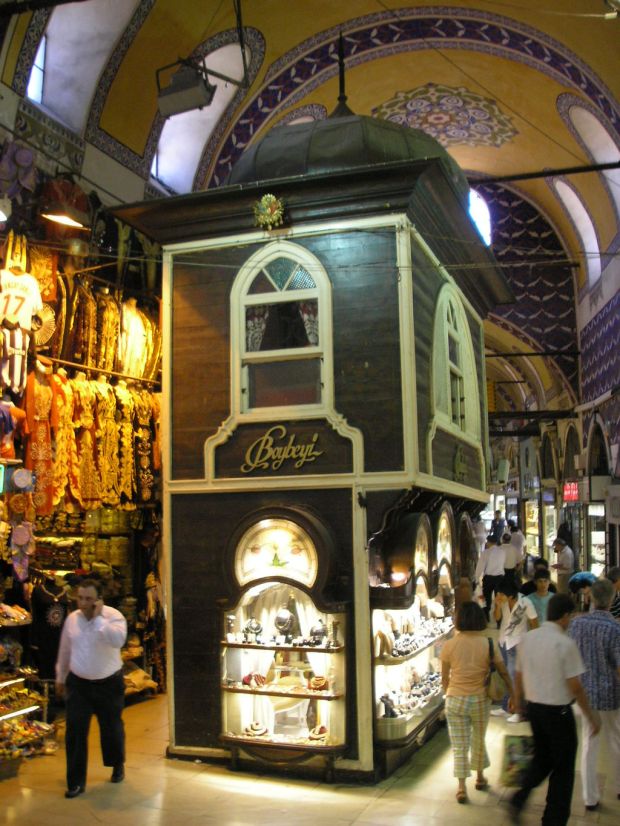 One of the kiosk from the 17th century, that used to be a small cafe. Located close to Aynacilar Sok and the Zincirli Hanı. Image Credit: Gryffindor

The Grand Bazaar also boasts being the largest covered bazaar in the world. The construction of the Grand Bazaar’s core started during the winter of 1455/56, shortly after the Ottoman conquest of Constantinople. Sultan Mehmet II had an edifice erected devoted to the trading of textiles.The Hurriyet Daily News states that:

You need a couple of hours at least to see the Grand Bazaar, to really get a sense of how large and wonderful this place truly is. It is also well worth heading out to the street and checking out the many other stalls. We discovered a wonderful cafe tucked away down a side street, which had been converted from an old hamam. It was a lovely quiet place to escape the activity outside.

Some things to note
Like most historic places in Istanbul, it will usually be very crowded with tourists. Busloads and busloads of tourist buses go there every day. A couple of hints:

We also avoided the rug shops here, the apple tea is very tempting but I do not feel comfortable getting trapped in the store – the pressure is on for you to buy! There are also lots of copies of designer gear with varying levels of quality. I bought a beautiful fake Jimmy Choo bag, which I realised later was a copy, I didn’t care or realise as I am not one for brands, I just like what I like. Just be aware though that you are probably getting sold a fake. Most store holders we met told us when their stock was fake and would usually tell you what level of quality the copy was – #1, #2,#3, etc.

Something to also be mindful of is that sometimes the bazaar is closed, Eid and also Turkish Republic Day are two days we noticed it was shut.

How to get there
Catch the tram to Çemberlitaş (the stop after Sultanahmet), go down Vezirhan Caddesi (you will see the Çemberlitaş Hamam on the corner) to the end of the street. You will see the Nuruosmaniye Mosque on the left and then the Bazaar is just behind the mosque. Have fun!