Today, I return to a journey I started to document earlier – the trip we took across Great Ocean Road (GOR), which included our couple of days in Kangaroo Island. 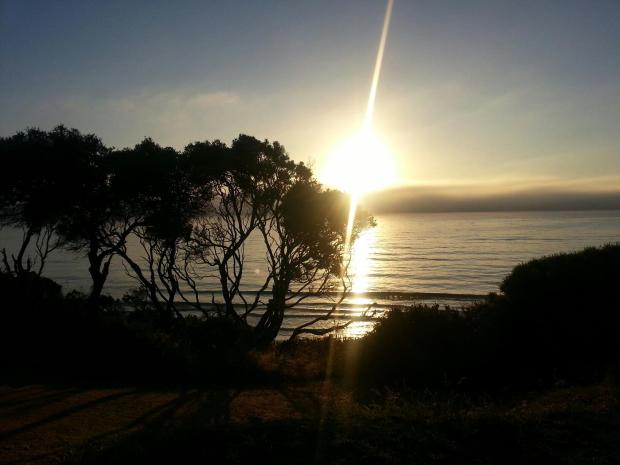 Torquay is considered the gateway of GOR and is located about 20 kilometres south of Geelong. The township faces Bass Strait, so it is a bit chilly to swim in the ocean compared to the warmer waters of SE Queensland and northern NSW, where we usually go swimming. Although the water is cold, Torquay and nearby Bells Beach are famous for their surf beaches and surf culture is a key aspect of Torquay’s identity. Mr Wikipedia says:

Many of the world’s most famous surf companies have their home in Torquay, including Rip Curl and Quiksilver- all of which make up part of the Surf Coast Plaza, which provides shopping and eating, as well as the Surf World Museum.

If surfing is your thing, then the best time to head to Torquay is over Easter to check out the world’s best surfers compete in the mighty Rip Curl Pro.

The Torquay shops are well worth a look, with a number of galleries and interesting boutiques featuring local art and craft. We came across the work of  Ed Sloane and also the Watermarks Gallery had some lovely photographic art works.

The coastline around this region is beautiful and it is no wonder Torquay became a popular spot for day trippers and picnickers from Melbourne and Geelong. For us, it was a great start to our journey and we hope to return back there some day soon.