The 2009 Ride: On Setting out and Returning…
Contributed by Gerald Maclean

The core group of riders set out on 22 September 2009, accompanied by our cook and driver, Metin Aker, and Sedat Varış who took care of the horses. 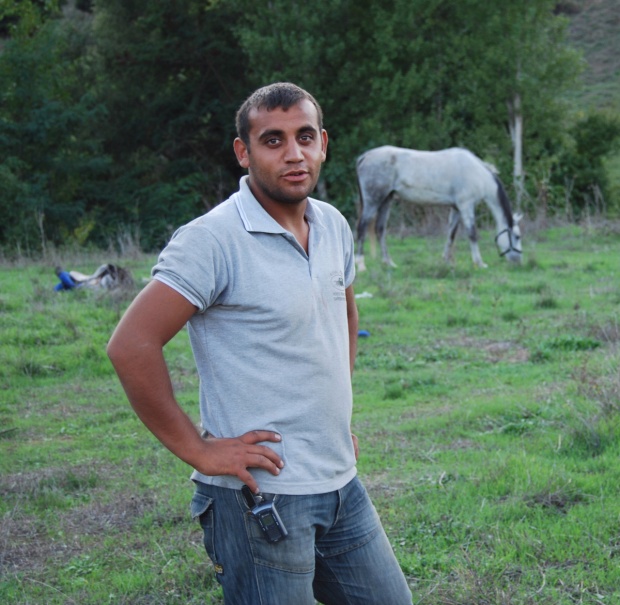 Sedat often stayed up all night feeding and taking care of the horses. 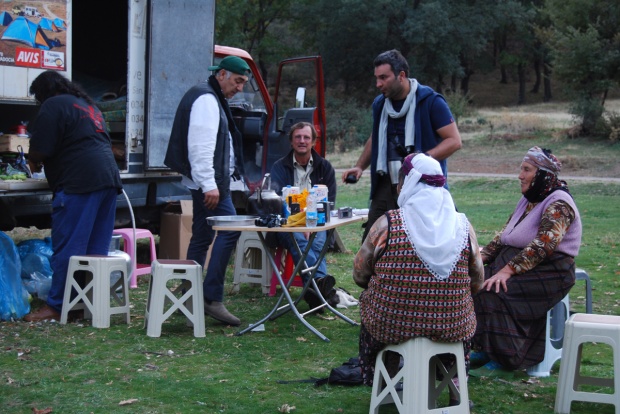 The expedition was accompanied for early stages of the journey by Mehmet Çam and other members of the Istanbul production company Ajans21, who shot footage for a potential documentary about Evliya and the expedition. 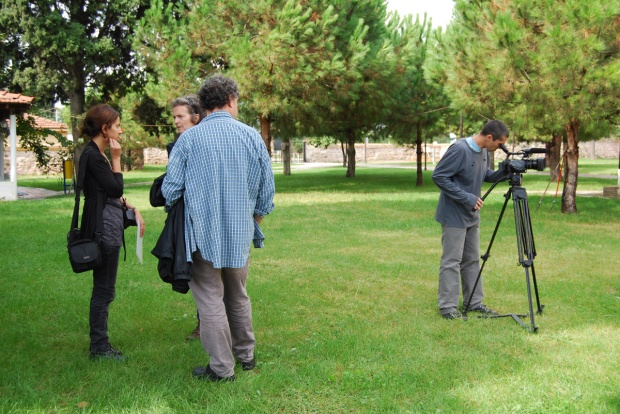 From Hersek, on the southern shore of the Sea of Marmara, we followed Evliya to Iznik, Bursa, Kütahya, Afyon, Uşak and Simav, before turning back through Çavdarhisar and returning to Kütahya, Evliya’s father’s city. 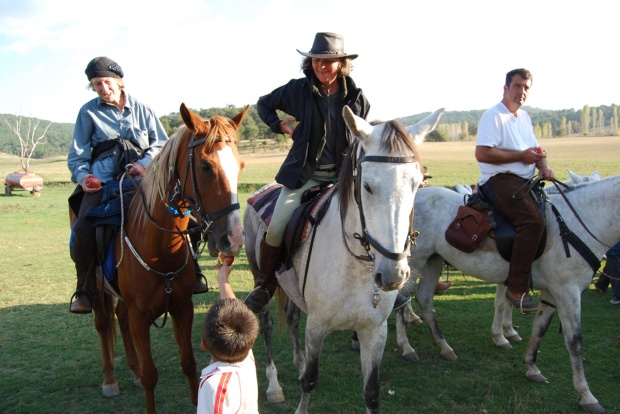 While finding the Way, we established beyond a doubt that the Turkish countryside remains ideal for riding, trekking, and other forms of independent and sustainable tourism.

So long as traditional agricultural practices of semi-nomadic grazing and farmers’ shared use of the land keep the countryside open and unprivatised, Turkey remains one of the very few places in the developed world in which it is possible to make such long distance cross-country journeys unhindered by ‘No Trespassing!’ signs and barbed wire fences. Turkish hospitality guarantees travellers safe passage and a warm welcome. 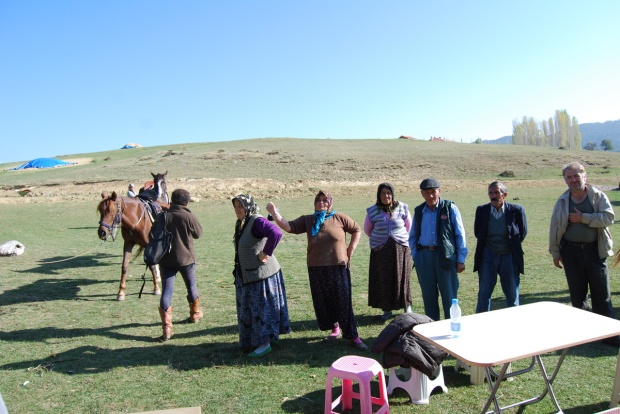 An early-morning farewell from Ovaçık, 2009.

Another thing we learned was just how widely Evliya is still known wherever he went. In every village that we passed through where there was a school, the children had mostly heard of him.

Not everyone was sure they had heard of Evliya.