Hidden in a small village in Marysville Victoria, southeastern Australia, was a magical world where sculptor Bruno Torfs for over 25 years had combined the beauty of his magnificent ceramic sculptures with the beauty of nature around him.

Unfortunately on the 7th of February 2009, a bushfire raged through the township, decimating everything in its path without mercy and claimed the lives of his friends and neighbours indiscriminately. Bruno was extremely lucky to survive and the rest of the family are safe and well. Bruno’s home and art gallery were unfortunately completely destroyed in the blaze.

Before I tell the result of that tragic fire, let’s look at Bruno’s art as it was… 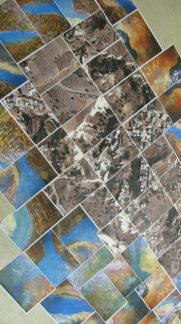 As Bruno writes on his website: ‘after the fires swept through the town of Marysville…’

In February 2009, Bruno and the rest of the townsfolk were shut out of the town by authorities for two months whilst the police conducted an investigation and attempted to identify the remains of the victims.

This was a testing time for all Marysvillians, with most of the townsfolk (Bruno included) unable to know how much of their homes and businesses there were left to return to.

Fortunately for Bruno and the family they received overwhelming support from family, friends, acquaintances and perfect strangers from all over the globe during this difficult period. This was a truly inspiring experience that helped them to find the strength to face the challenge of rebuilding their lives.

Bruno already knew at this point that his home and gallery were completely destroyed, but the extent of the damage to his sculpture garden was yet to been discerned and it was the thing most on his mind.

Since returning to Marysville, progress has been steady. Plans and permits needed be obtained to even begin rebuilding Bruno’s Home and gallery so whilst all of that was developing in the background, the focus has been solely on cleaning up the garden and re-landscaping property. This has been no small feat. The mess left over by the fires was atrocious. Literally tons of debris had to be removed from the forested area. With the help of friends and volunteers this process took two months.

After that is was time to start replanting. The native ferns rebounded very well and the green is slowly returning to the area. It will be many years though before the forest resembles the lush wonderland that it used to be.

To read the whole story of Bruno’s Art and this tragic fire:

The special “Phoenix edition” of this book is a new edition of the original, A Colourful Story, that was released in 2005 and contains additional content. Artworks made in the time since the release of first edition has been added and the story of the February 2009 Fires has also been explored in the new edition. At 230 pages long, the Phoenix edition is the most comprehensive collection of Bruno’s art available in the world today.

How to find Brunos . . .
Approximately 95 kilometres from Melbourne. 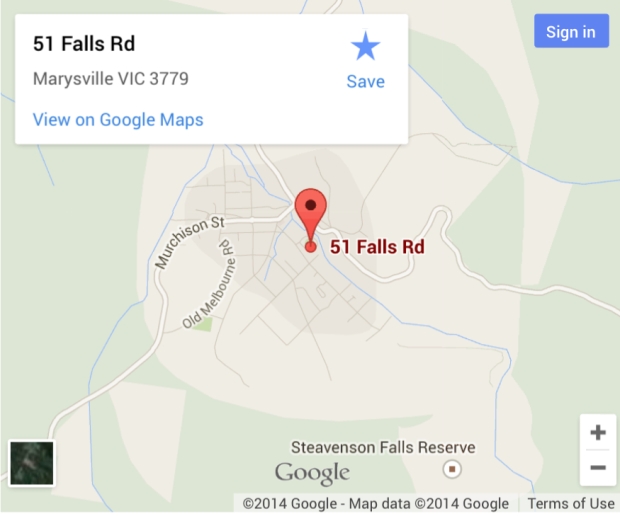