What is the Evliya Çelebi Way?

Yesterday, we announced the new project being featured – the The Evliya Çelebi Way and promised to share more information about this wonderful project.

What is The Evliya Çelebi Way?
Contributed by Gerald Maclean

The Evliya Çelebi Way is a UNESCO Cultural Route for walkers and bikers, and also Turkey’s first long-distance horse-riding trail. It meanders southwards for 600km from the Sea of Marmara, south of Istanbul, via the ancient cities of Iznik and Bursa to the town of Simav, northeast of Izmir. 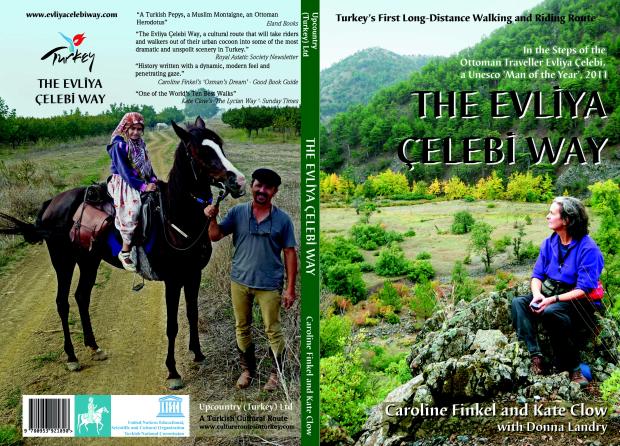 The Evliya Çelebi Way follows the early, northwest Anatolian, stages of the pilgrimage to Mecca made by the eponymous Ottoman courtier and adventurer in 1671. Evliya Çelebi travelled throughout the Ottoman Empire and beyond for some 40 years, and compiled a ten-volume account of his expeditions, the Seyahathame or ‘Book of Travels,’ that is a classic of travel literature.

Evliya’s itinerary serves as the basis for the Way. His vivid descriptions of the townscapes and lives of the people of the region take the visitor back in time and enliven the experience of following where he went. The route passes through agricultural villages and bucolic countryside, traversing forest and plain, woodland and upland. It rises from sea level to 1,500m, and is graded easy for walkers. Much of the going is on tracks that were in daily use in the past, some of them the Roman roads that Evliya would have ridden along. Most sections can be travelled in all seasons. The Evliya Çelebi Way can also be enjoyed in sections: along it lie the richly historical centres of Iznik, Bursa, Kütahya, Afyon and Uşak, where visitors can linger to see the world-class monuments of Ottoman times.

The Way is described in detail in a dedicated guidebook. This provides a summary account of the history of the region through which the route runs, and information on rural and small-town life today. It also juxtaposes Evliya’s observations on the places he visited with how they appear to the modern visitor. GPS waypoints are supplied for the entire route.

In line with i 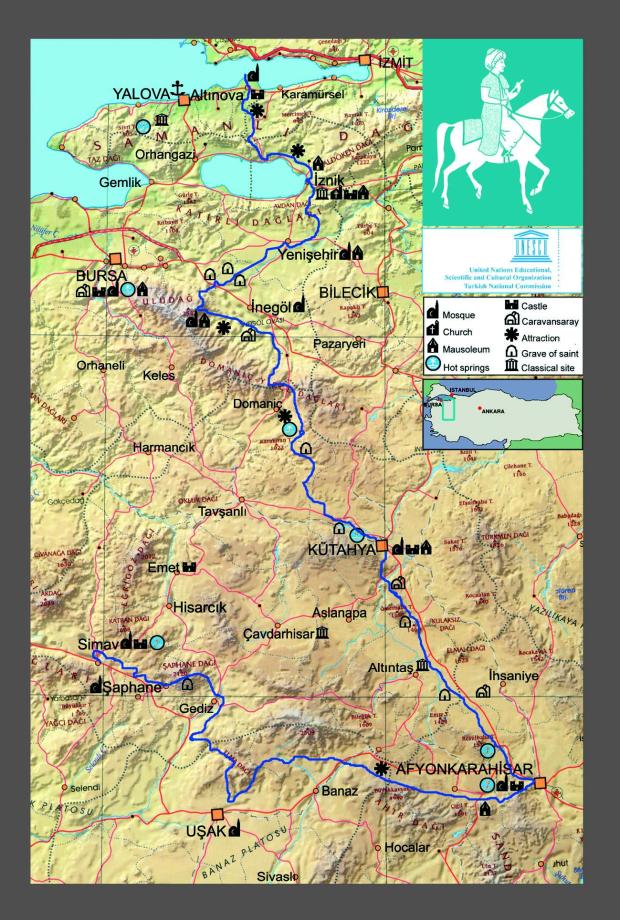 ts status as a UNESCO European Cultural Route, signposting and waymarking of the route are ongoing. Some of the villages have rooms where independent travellers may stay overnight; camping or transfer to nearby towns are also options.

Some Highlights of the Evliya Çelebi Way

Later in 2014 there will be an organised ride, stay tuned for more information!